If you’ve been reading Junkfood Science you’re probably aware of the new AMA guidelines on preventing childhood obesity, which is the battle plan for the War on Obesity Version 2.0  – the Children’s Crusade.

The War on Obesity 2.0 is a “preventive” war on fat children childhood obesity. At heart it’s anti-obesity crusaders’ answer to Bush’s “surge strategy” in Iraq, a never-admit-you’re-wrong response to the failure of the the War on Obesity Version 1.0: The Weight Loss Campaign.

In case it slipped your mind, for decades fat people have been harrassed to lose weight and have spent up to 50 billion dollars a year trying to – only to lead to an average increase in weight by 5 to 10 lbs in the population. And only now, after the evidence that weight loss doesn’t work long-term could stretch from here to the moon and back, are anti-obesity crusaders copping to the failure of the War on Obesity 1.0.

Well quietly copping to it – the admission is usually drowned out by their very noisy opening salvos of the War on Fat Kids. I have no doubt it will take these same people another thirty years before they ever admit there’s anything boneheaded about the War on Fat Kids – and they’ll spend all that time insisting the “expert guidelines” must work because, after all, they’re “expert guidelines.”

But to get down to brass tacks, as Sandy points out, doctors are now supposed to police all aspects of fat children’s lives (the fattest 15%) and implement a three-stage plan of increasing punishment intervention when if the prevention strategies – which have never been shown to work – don’t work.

“Interventions” range from reducing children’s access to tv and computers to <1 hr a day (so much for computer literacy); to not allowing them to drink any sweetened drinks (e.g. juice); to having parents supervise their eating and exercise, and so on. When those “interventions” don’t work, referral to kiddie weight loss centers for “consideration of:” very low calorie diets, meal replacements (i.e Slim-Fast), “behavioral modification,” medications and surgery. 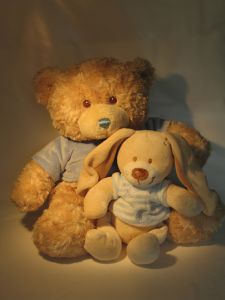 Bear in mind we’re talking about kids as young as two years old. Yes, even toddlers don’t get a pass on the most extreme weight loss measures.

The way the recommendations are “staged” make them sound, at first glance, almost reasonable – because the first “stages” are things we might all get behind, like making sure kids get exercise and eat well. But the key is if the child does everything he’s supposed to but stubbornly refuses to be thin, then it’s on to very low calorie diets, medications and surgery.

So even though we’re always told that fat is just a matter of “good nutrition and exercise,” good nutrition and exercise are apparently not good enough. Even if all the things that are supposed to “prevent” fat don’t prevent fat, then extreme measures must be taken to make prevention “work.”  Which means, in the end, that “prevention” just amounts to forcing on kids the same weight loss strategies that don’t work on adults.

And, in case you’re skeptical about these “interventions” being based on zero evidence. Here’s a summary of the “insights” from the conference that spawned them (reproduced in toto, just so you can see how absolutely pulled out of the vapor all of this is):

So, it’s pretty much exactly what the critics have been saying. This war on obesity is a panic. It’s the panic that’s driving it, and not evidence. There’s no more evidence that fat can be “prevented” than there ever was that it can be “cured.” And nobody has any idea what the long-term effects of any of these recommendations are. Nevertheless the complete lack of evidence has convinced the AMA to implement a police-state policy with regards to fat children and their families.

And just as important is their admission that the War on Obesity is predicated on the assumption that fat is like smoking – an assumption that each day is shown to be more obviously wrong. Smoking is medically, physiologically and socially a completely different issue from fat.  Fat is in large part genetic and a reflection of natural human variability; it’s controlled by an extremely complex and powerful physiology that homeostatically regulates it; it’s relationship with health is highly variable, and there’s never been any evidence that it can be successfully “cured” or “prevented.”

Tobacco is none of these things, and the more the “War on Obesity” fails to live up to the “War on Tobacco” the more these policy morons try to hammer the square peg ever harder into the round hole. And the more draconian their “solutions” become.  And by the way, if you look at who’s composing these guidelines, there’s no evidence that many (any?) of them are experts in fat or obesity – for the most part they’re preventative medicine or public health policy wonks still nostalgic for the clear line between good and evil that characterized the Tobacco Wars, and who simply can’t wrestle themselves out of the tobbacco model to see fat for what it is.

Lest you think that these are just “guidelines” that parents can filter for appropriateness or idiocy, think about a recent proposal to the British Medical Association to have fat kids taken away from parents who fail to “follow doctor’s recommendations.” The days when all we were worried about was putting BMI on children’s report cards are already behind us, and we may come to see such humiliations as a “more enlightened time.”

30 Responses to “The Children’s Crusade”